MARBLE is a service provider in two main areas:

MARBLE is actively cooperating with several strategic partners, including:

The legal status of the company is B.V. (Dutch: Besloten Vennootschap, meaning a privately owned company with limited liability). The company is registered in the Dutch Chamber of Commerce and is located in the Netherlands. Martien Broekhuijsen is the general director and the only shareholder.

Martien Broekhuijsen is a Biosafety Officer authorised by the Dutch government up to level BSL-3 / ML-III. He is also a content expert in the area of dangerous chemical and biological agents, having worked with these highly toxic and infectious agents during many years.

He worked at FOI in Sweden as a guest scientist for one year in the area of molecular identification of Francisella tularensis. He has been a guest lecturer in training courses at several universities in the Netherlands, at an EMBO course in South Africa, and in laboratory biosafety training courses at the University Hospital of Milan. Since 2015 he is involved in the design and validation of the laboratories in the new building for the Dutch national health institute RIVM.

In his spare time, Martien enjoys traveling, reading, badminton, music (he plays the guitar), and the company of his family and friends.

You can also visit the LinkedIn page of Martien Broekhuijsen. 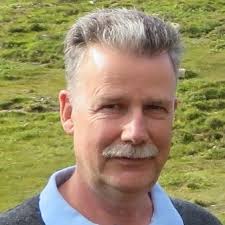